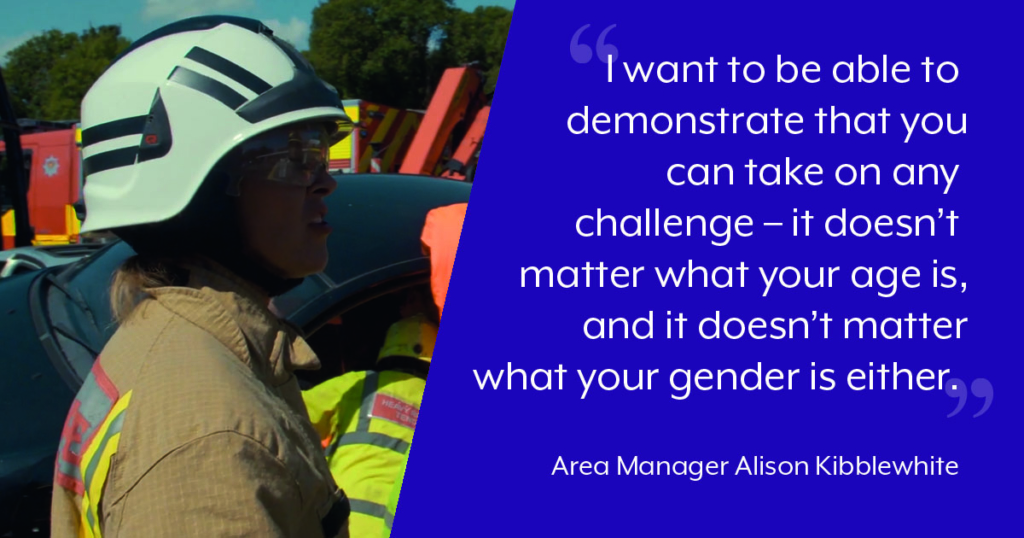 As we prepare to celebrate International Women’s Day tell us about a female figure in history who has influenced you?

I have been into my running for many years, as a girl looked up to Jackie Joyner-Kersee who was an American athlete who was successful at numerous Olympic Games. Jackie has now set up her own foundation where she helps young disadvantaged people in USA to become athletes and help their lives

What does IWD mean to you?

International Women’s Day is a day that that we can celebrate women’s achievements and how they’re making a difference and encouraging other women to take on their own challenges.

What do you #ChooseToChallenge ?

We still have a low number of females in the FRS so being visible to raise the profile of females to show that this is a role and a career that women can aspire to and that it is achievable. It’s also about challenging the stereotypes. We are still often referred to as ‘firemen’ instead of ‘firefighters’ and that’s something that needs to change.

What are the most effective ways you have found to counteract negative stereotypes?

It’s about raising awareness and giving a better understanding – having an open and honest conversation. Sparing that time to explain to people is really important. Where we engage with children at a young age we can demonstrate to them that they can follow their dreams and they can aspire to join the more male traditional roles.

You are preparing to embark on a tremendous challenge. What do you hope others will learn from your journey?

Being the eldest member of the team I’m hoping I will be the calm or voice of reason when things get difficult. I want to demonstrate that age is just a number, and I think if you’re able to keep fit and active – a lot of stuff we do is about mental capability and strength more than physical. I want to be able to demonstrate that you can take on any challenge – it doesn’t matter what your age is, and it doesn’t matter what your gender is either. 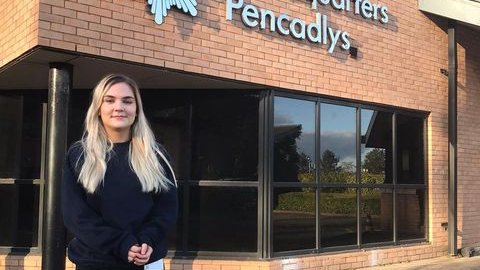 How long have you been working in ICT?

What do you enjoy most about the job?

I enjoy how friendly my team is and having a different challenge every day.

What would you change about the assumptions made by men of women?

I wouldn’t change anything because every male that I’ve dealt with in the service has been respectful and appreciated my help.

How do you succeed in a male dominated environment?

By being a woman, and most importantly being myself.

What progress have you seen on gender equality in your life and work?

From the start of my job I’ve always seen equality in the workplace and in my daily life, and I never feel like I’m treated differently because of my gender. 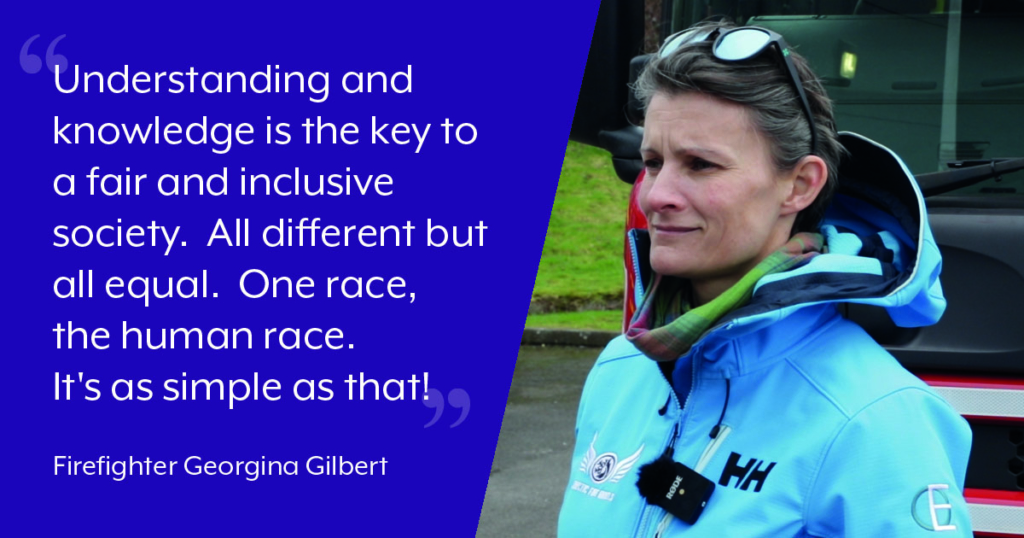 As we prepare to celebrate International Women’s Day tell us about a female figure in history who has influenced you?
Virginia Woolf – for enabling women and encouraging people to experience life instead of dreaming about it.  Live your life like you’re going to write a book about it.

What does IWD mean to you?
It means to reflect on the struggles that women has experienced through history, how we can learn from them and how we move on to create gender equity.

What are the most effective ways you have found to counteract negative stereotypes?
Communication – it’s not a dirty word.  For a long time, EDI has been ‘enforced’.  That’s the wrong wording for today.  It worked 30 years ago but it’s time to change that strong arm tactic because all that creates is push back and ‘what about us’ responses.  Understanding and knowledge is the key to a fair and inclusive society.  All different but all equal.  One race, the human race.  It’s as simple as that!!

You are preparing to embark on a tremendous challenge. What do you hope others will learn from your journey?
That they are limitless.  You’re never too old or too young to really challenge yourself. It doesn’t matter what you choose to do, if you can imagine it, you can work for it and achieve something amazing…. 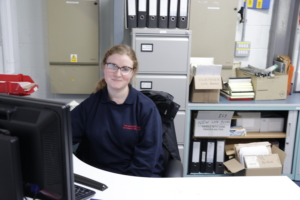 How long have you been an Apprentice in Fleet?

What do you enjoy most about the job?

I like having set tasks and clear ways of completing them; it makes a big change from my last job in a homeless hostel where so many incidents required unique responses depending on the situation. I enjoy the confidence I get in knowing I can do all the parts of my job well.

What would you change about the assumptions made by men of women?

I dislike stereotypes in general, so I would encourage everyone to judge people as individuals, not by their sex. All women have different interests, hopes and ambitions, just as all men do. Whether these include a family, career, sport, travel or just being happy in their own skin, doesn’t depend on gender, so no one should have limitations placed on them.

At the same time, I think men need to acknowledge that there is still a long way to go – the gender pay gap in the UK is still an issue, even more so for women from BAME backgrounds, and convictions for sexual assault cases (mostly involving female victims) are at an all-time low. If more men could proudly call themselves feminists and be active allies then the world would be on its way to becoming a fairer place.

How do you succeed in a male dominated environment?

I just try to stay true to who I am and what I can do, and not worry too much about what others think – while trying to highlight any incidents of discrimination or sexism that may come up.

What progress have you seen on gender equality in your life and work?

Obviously movements like #MeToo did a great job of putting a spotlight on sexual harassment and discrimination, often found in the workplace. I think this gave women more confidence to speak up and showed the problem as far more widespread, hopefully meaning more of them would be believed.

Having really strong female role models in politics, sport, business and pop culture has been a great springboard for other women to get into those fields, so I hope that continues. More representation and more women being involved in decision making can only be a benefit to a well-rounded society.