Creating a Safer Gwent Together

Creating a Safer Gwent Together

Over the New Year period a large amount of rubbish was deposited around a nearby shopping centre in Ringland, Newport. 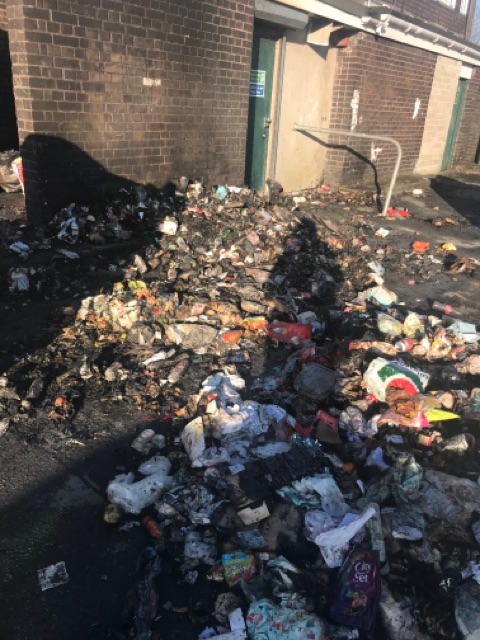 Crews from our Maindee Fire and Rescue Station were called out ten times in just five days to extinguish a number of refuse fires within the area.

The fires were believed to have been set deliberately within a number of metal bins that were filled with general waste and refuse.

The incidents posed a risk to the local community as the fires were close to built-up areas. Our specialist Fire Crime Unit worked closely with our partners in Newport City Homes and the Local Authority to remove the waste and offer advice and reassurance to local residents.

The site has now been cleared and the bins have been secured as a preventative measure.

Head of Fire Crime Unit, Group Manager Neil Davies from South Wales Fire and Rescue Service said: ‘This is just another example of the fantastic joint working relationships we have across Gwent to keep our local communities safe. I would like to remind residents that they do have a legal obligation to take all reasonable measures to ensure that their waste is disposed of properly. We recommend to always use a registered waste carrier and to check for a permit, license or exemption. 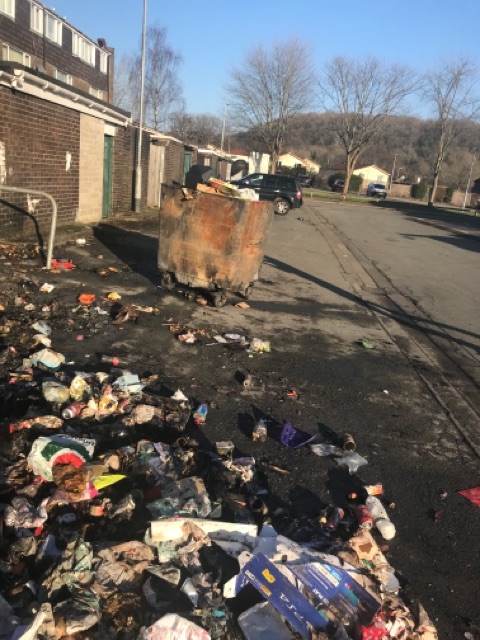 Newport City Council’s Deputy Leader and Cabinet Member for City Services Councillor Roger Jeavons said: “This is very worrying and we support our partners wholeheartedly in any actions that need to be taken in order to catch the culprits. Residents have a legal responsibility to make sure any rubbish is disposed of correctly and the council urges anyone witnessing fly-tipping to inform the council with details of the offender. We would like to see further improvements in reducing the numbers of commercial scale fly-tipping in the city and would like to remind residents that they have a legal obligation (duty of care) to take all reasonable measures to ensure that their waste is disposed of properly. This means asking to see a waste carrier’s certificate and to keep a record in case they fly-tip your waste and it is traced back to you. Residents can report fly-tipping via the council website – http://www.newport.gov.uk/en/Waste-Recycling/Fly-Tipping-and-Litter.aspx.” 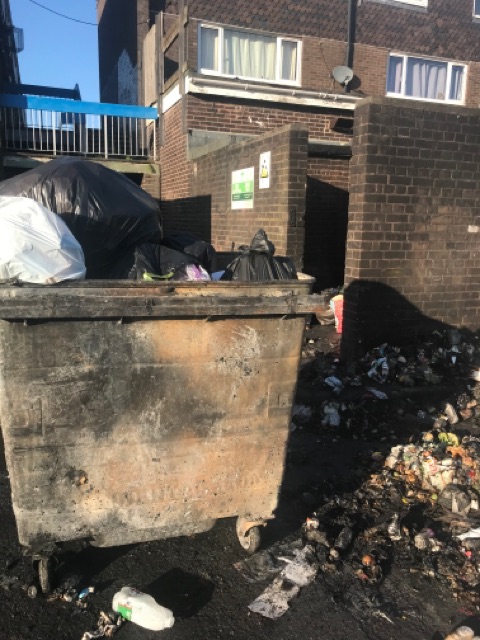 Deputy Director of Property and Place at Newport City Homes Simon Andrews, said: “We worked closely with the Fire Crime Unit and Newport City Council over the Christmas period to make sure that this area was safe for our residents. We take fire hazards very seriously, and our teams worked together to remove the rubbish and clean up the area. We will be repairing the fire damage to our buildings and gates, and replacing several bins.

Our flagship £7.5M regeneration scheme in Ringland involves building 170 new homes and relocating Ringland Shopping Centre. Work is well under way in phase one of the development at Cot Farm, and as the phases progress we hope to revitalise the area. Preventing incidents like this has been taken into account in the design of the new development.”